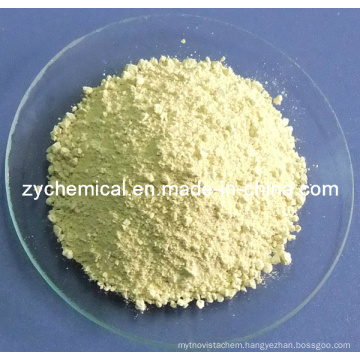 Cerium (Symbol Ce, Atomic number 58) was discovered by chemists Berzelius, Hisinger, and Klaproth independently of each other in 1803 in rock samples from Bastnas, Sweden, the town that lent its name to the Light Rare Earth-bearing mineral, Bastnaesite. Cerium was named after the asteroid Ceres, which itself was discovered in 1801.

Cerium is a soft, silvery white, malleable and ductile metal, which oxidizes readily in air. In pure form, cerium can ignite if scratched, a property which is known as pyromorphism and is utilized in lighter flints. Cerium can be safely used when combined with other materials, lanthanum, praseodymium, with neodymium excepted; These metals being combined to make misch metal, which is in and of itself pyrophoric.

Cerium is primarily obtained through solvent extraction processes of light rare earth minerals such as bastnaesite, and most of it is produced in China. Minor quantities of cerium are now being produced from stockpiled bastnaesite ores in California.

2. Cerium compounds are also used in the manufacture of glass and enamels, both as a component and as a decolouriser.

4. Cerium oxide (Ce2O3 and CeO2) is also a component of the walls of self-cleaning ovens

6. Cerium oxide, in combination with tin oxide (SnO) is used for UV absorption for solar panels.

7. Cerium is also used to stabilize zirconia and for alumina ceramics in catalytic converters.

8. It is also utilized in dental ceramics.

9. Alloys and Metals: Cerium is alloyed with iron to make nodular iron to improve machineability of automotive power-train components.

10. Energy: Cerium oxide, doped with other rare earth oxides, has been investigated as a solid electrolyte in intermediate temperature solid oxide fuel cells

11. Medicine: Cerium is used as an additive to some anti-emetic pharmaceuticals.

12. Catalysts: Cerium oxide is used as a catalytic converter to reduce carbon monoxide emissions in the exhaust gases from motor vehicles.

14. Other Uses: Cerium is one of the rare earth elements used to make carbon arc lights, which are used in the motion picture industry for studio lighting and projector lights.

Contact us if you need more details on Cerium Oxide. We are ready to answer your questions on packaging, logistics, certification or any other aspects about Cerium Dioxide、Cerium Sesquioxide. If these products fail to match your need, please contact us and we would like to provide relevant information.

Email to this supplier